Jurnal PAKAR (Penelitian Aktual dan Kajian Analisis Reformasi) Pendidikan (e-ISSN: 2303-2219), a journal in the field of education published twice a year (July and December) by The Center of Research and Scientific Development of Student, PPIPM (UNP). It discusses educational issues including in theory, concepts, and practices that related to curriculum, media, models, instruments, development, and evaluation of education. 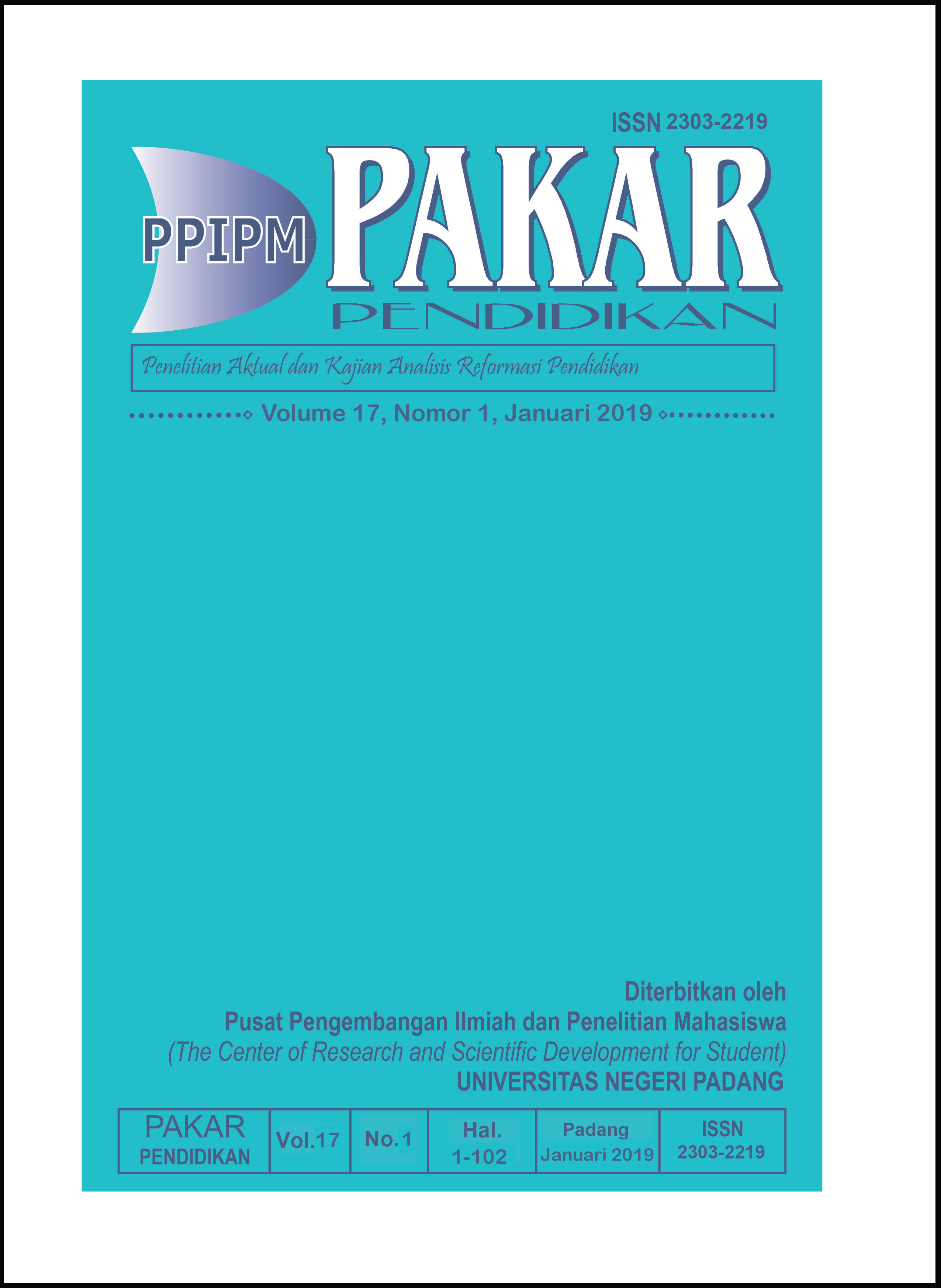 This research was motivated by a lack of students' understanding in history subject, especially on cause-effect point. It was evidenced by the students’ learning outcomes in Indonesian History subjects that are still under the KKM (77). This is because the teacher is still dominant using conventional learning models. For this reason, we need a learning model that can improve students' understanding on cause-effect material. The solution offered is the cooperative learning model of the Students’ Team Achievement Division. This study aims to see the effect of implementing the Student Team Achievement Division learning model on the ability of students to understand cause-effect material in history subject. This type of research is quantitative research with experimental methods. The population of this study were students of class XI IPS SMAN 3 Pariaman, in number to 150 people. The samples obtained were the XI IPS 2 class as the experimental class and XI IPS 3 as the control class totaling of 60 people. It obtained through random sampling techniques. Data collecting is done by giving pretest and posttest by using objective questions as many as 40 items. Data analysis was performed using the normality test, homogeneity test, and hypothesis testing. After these two tests were carried out on the two sample classes, there were the pretest and posttest which have differences in the mean values. The average value of the experimental class pretest was 8.54 and the control class was 7.37. The average value of the experimental class posttest was 10.54 and the control class was 8.20. Analysis of the normality test showed that both samples are normally distributed, where Lhit <Ltab in the experimental class was 0.833 and the control class was 0.840 with Ltab was 0.886. The homogeneity test results showed the sample has a homogeneous variant where Fhit <Ftab was 1.374 <1.713. The results of the t test showed Thit> Ttab which was 3.163> 2.068, so that it can be declared H0 accepted while H1 is rejected. Thus, it can be concluded that there is the influences of the use of the cooperative learning model of the Students’ Team Achievement Division on the results of history subject of Indonesian History to students in class XI of SMAN 3 Pariaman.